It's all about the Paper Watch Project

This week I have been mainly emailing, phoning, tweeting and generally harassing journalists, editors, radio producers and random celebs, all in the name of charity.

With 6 days left to go on the bidding, we needed to create a buzz around this unique event so I set to work contacting, nope, make that pestering, people. The Dorking Advertiser was the first to cave in to my powers of persuasion and they sent a photographer to pap the watches and a few unsuspecting members of the Templar team.

Next to agree to support our charity auction was the Beeb. BBC Radio Surrey invited us into the studio to wax lyrical about our project.

For the record, it should have been the formidable Emma O'Donovan who went along to talk about her fabulous idea and her lightbulb moment, but she is way too gracious. I am however pleased that she shares her story so eloquently. Please read it, it's beautifully written. 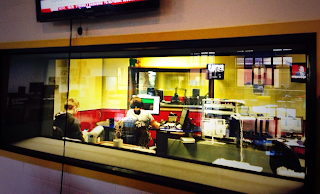 Other than almost missing my slot thanks to the M25, I was fairly relaxed and then I walked into the studio *Gulp!* It all looked very intimidating and all of a sudden my mouth went dry :-/

I had the 8.50am slot on the James Cannon breakfast show and was armed with some watches. But whirring around my head were the key points I wanted to make sure I got into the interview. 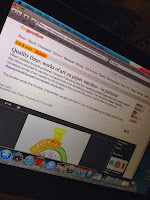 It all seemed to be over in a matter of seconds and I just prayed I'd managed to squeeze in all of the key points into the 3 minutes. Having cringed through the re-play, I'm pleased to report I crammed it all in.

To end the week on a high, The Guardian promoted our charity auction on their site and merrily we watched the bids roll in. To the point where a bidding war ensued on a watch by the lovely Chris Mould, and currently stands at a staggering £147.70 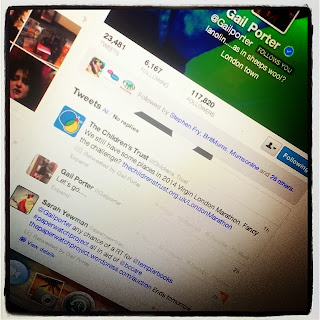 With just under 24 hours to go, Emma and I ramped up our Twitter campaign. She managed to pull some amazing 'extras' such as Alex T Smith's signed book and Sharon King-Chai's presentation book and my celeb stalking resulted in retweets from Gail Porter and Laura Dockrill.


This has been such a fabulously creative and particularly poignant project to work on and I can't tear myself away from the eBay pages.

You still have time to bid, so please go and take a look at the 88 individual pieces of artwork and place a bid, for Breast Cancer Care.