After much hard work and calling in favours from a bunch of already over worked illustrators, the auction came to a frenzied close with OVER £3000 raised for Breast Cancer Care.
It was an amazing project to be part of and the end certainly didn't disappoint.
The pace gathered momentum in the dying seconds of each individual auction, with bids flying in at the last minute and there were some 'heart-stopping- moments when the bidding wars started.

The 88 auctions closed between 7pm and 8pm and I watched each and every auction finish, completely staggered by the generosity of you bidders, but not surprised, as these watches were worth every penny.
It was incredible to be involved and even though I was sat at home on my own, it was super exciting to watch the bids literally double and in some cases quadruple at the end of the auction.
Emma and I were frantically tweeting in one last ditch attempt at pulling in a few final bids (I apologise now for the cheesy rhymes and dodgy puns, they were all my doing!)
In the final stages, we had offers of extra freebies from some of our illustrator friends, including a signed copy of Alex T Smith's latest book 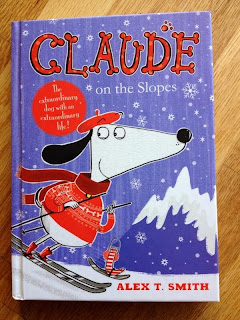 If you wish to donate, you still can, via Templar's Just Giving page

Take a moment to re-live all 88 watches and remind yourselves of the time and effort put into each watch by those lovely illustrator folk.