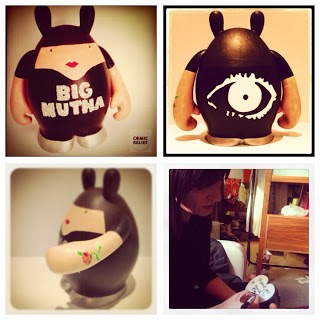 One year ago today, the lovely Davina McCall happened to RT that she 'loved' my vinyl toys and for a few weeks afterwards, my blog started to creak under the pressure of the visitors and I received numerous queries and orders for my customised toys.

What started as a brief tweet to Davina, culminated in a BBC radio interview, a spread in the local paper and we hatched a plan to raise more money for Comic Relief.

I contacted Davina's management and they asked her if she'd sign my 'Davina Dudette' (as we had now named her), and in true Davina style she graciously offered. 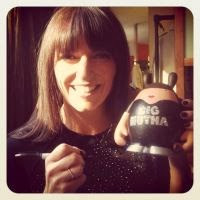 So I set about designing a toy that I hoped would be instantly recognisable as Davina. I used the Big Brother logo, which she is synonymous with to this day and incorporated Davina's wrist tattoo, along with the 'Big Mutha' T-Shirt she wore on Big Brother, whilst pregnant. As promised, Davina signed my 'Davina Dudette' and we auctioned it on the day of Comic Relief 2013, with 100% of the proceeds going directly to Comic Relief. We raised a worthy £100 and I received lots of help from Celebrity Twitterers along the way.
As I trust you're all aware, Davina has undertaken a mammoth task in aid of Sport Relief this year, so I asked if I could support her cause once again, this time incorporating Davina's 'Beyond Breaking Point' Challenge. It's now complete and will be winging it's way to Davina later this week. I hope to raise as much as possible for Sport Relief, particularly as Davina has gone above and beyond the call of duty this year!
And here is this year's effort for Sport Relief. 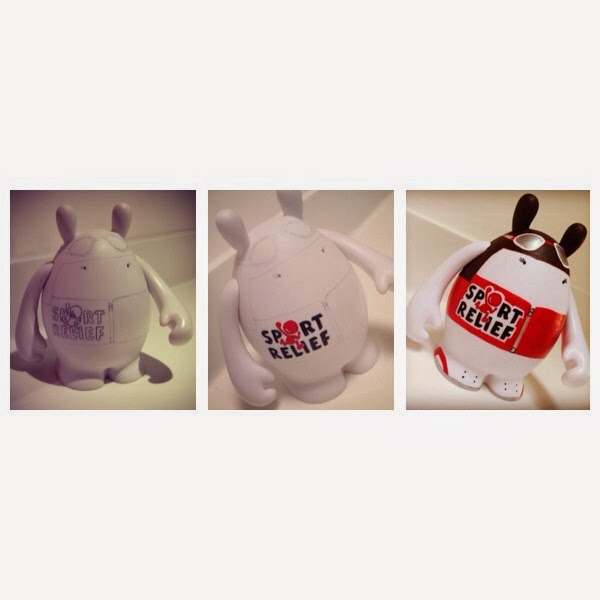 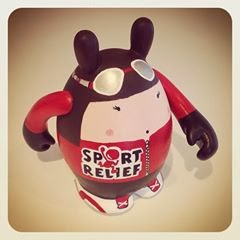