The auction for my 'Davina Dudette' ended at 6pm on Saturday 16th March and fetched a worthy £100 for Comic Relief. 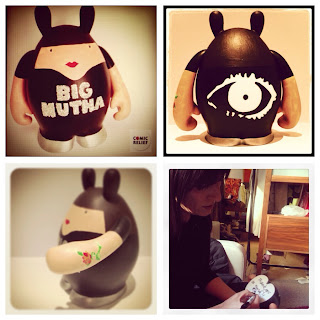 The bids started rolling in within the first few hours.
(OK, I fess up, most of those were my friends and family, but none-the-less important for this fab cause.)
Helped along with retweets from friends, complete strangers and random celebs including, Davina herself, Chris Moyles, Kimberley Wyatt, Simon Le Bon and Gail Porter, the bids steadily increased. 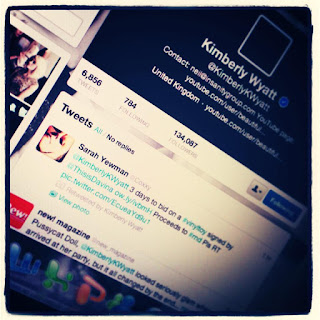 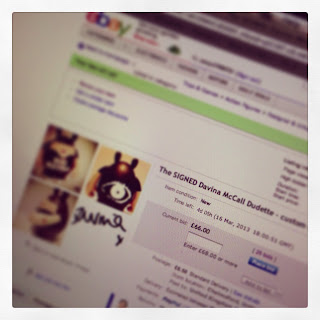 The day before the auction was due to finish, my radio interview on BBC Essex (Listen from 1hr 6mins) bumped up the highest bid to £77 and I had one final push on Twitter to see what we could do in the remaining 24 hours.


The last few hours saw the bids creep up to £100 and the 'Davina Dudette' is now winging her way to her new home in the Midlands.

Here's what Davina wrote on her 'Dudette'


I had an absolute blast doing this, even if it did take over my life for a couple of weeks.
I met some fab people along the way, became a celeb pest, got some more commissions and a few new projects are emerging as we speak.
Thanks to each and every one of you for your support, those I know, those I don't and of course my new best friend, the lovely Davina McCall. 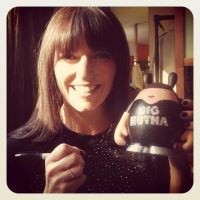 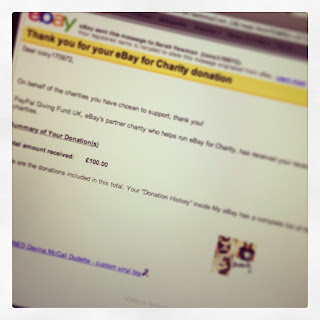