I was recently approached to adapt my 3D paper mache letters, as party gifts for a christening.
My client had spotted my vintage Beano comic letters and liked the idea of the initials for their party goers, but wanted a different theme. 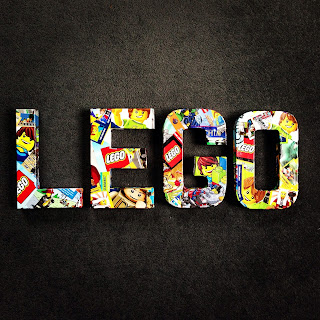 These were intended for a little girl's christening with both young girls and boys attending, so we decided on Disney Princesses for the girls and Lego for the boys.
To make your own 3D comic letters, you will need paper mache letters, comics, decoupatch glue and scissors. 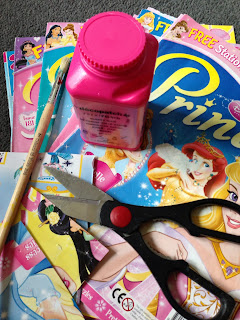 For the Lego letters, cut strips of your favourite images and logos and stick them so they overlap onto the paper mache letter. 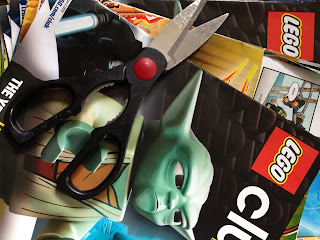 Make sure that every bit is covered. 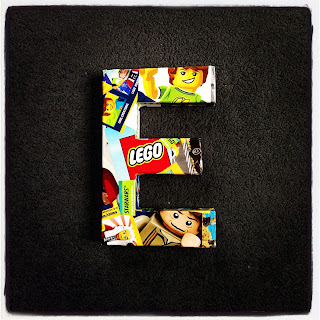 I'm really pleased with how these turned out, as I was unsure how the Princess letters would look. I used a different technique for these, as cutting strips from the comics wouldn't work as well.
Simply place a whole page from the comic on the paper mache letter, ensuring the main character can be seen. Then remove the page, coat the top side of the letter with decoupatch glue and re-place the page on top in the best position. 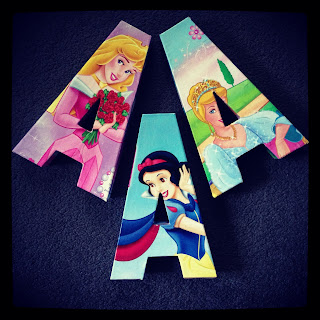 These were such a winner, I'm doing more.
Posted by Unknown at 13:14